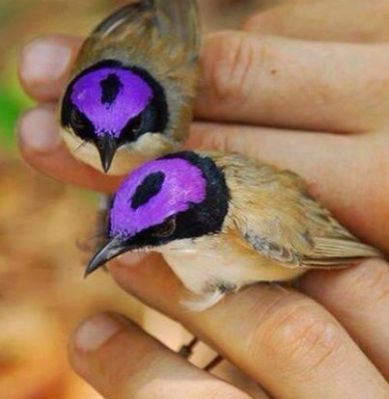 “And they clothed him with purple, and platted a crown of thorns, and put it about his head, And began to salute him, Hail, King of the Jews! And they smote him on the head with a reed, and did spit upon him, and bowing their knees worshipped him. And when they had mocked him, they took off the purple from him, and put his own clothes on him, and led him out to crucify him.
(Mark 15:17-20 KJV)

PUR’PLE, a. [L. purpureus; purpura, a shell from which the color was obtained.]
1. Designating a color composed of red and blue blended, much admired, and formerly the roman emperors wore robes of this color.
2. In poetry, red or livid; dyed with blood.
PUR’PLE, n. A purple color or dress; hence, imperial government in the Roman empire, as a purple robe was the distinguishing dress of the emperors.
1. A cardinalate.
PUR’PLE, v.t. [L. purpuro.] To make purple, or to dye of a red color; as hands purpled with blood. 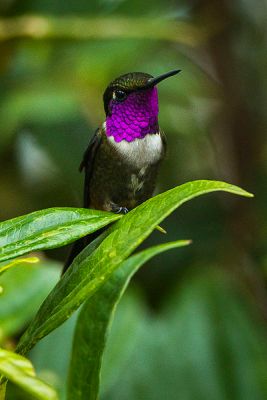 There are many birds that have “Purple” as the first word of their names (14). Plus there are 34 “Purple-” birds and 5 “Purplish” birds. So that you can see many of them, below is a slideshow with a good many of them. These are all the real purple birds and not the phoney colored ones seen on Pinterest and other “photoshoped” places. These are shown the way their Creative Creator colored them.

3 thoughts on “Avian And Attributes – Purple”