RA’INBOW, n. A bow, or an arch of a circle, consisting of all the colors formed by the refraction and reflection of rays of light from drops of rain or vapor, appearing in the part of the hemisphere opposite to the sun. When the sun is at the horizon, the rainbow is a semicircle. The rainbow is called also iris.
The moon sometimes forms a bow or arch of light, more faint than that formed by the sun, and called lunar rainbow. Similar bows at sea are called marine rainbows or sea bows. 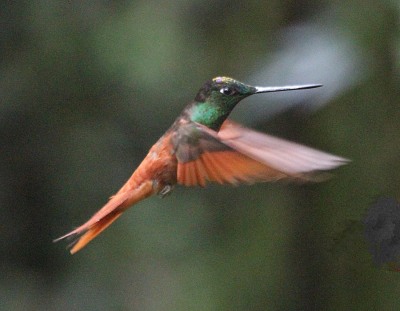 Birds whose first or last name starts with “R”