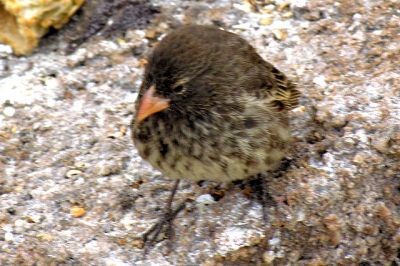 “For the word of God is quick, and powerful, and sharper than any twoedged sword, piercing even to the dividing asunder of soul and spirit, and of the joints and marrow, and is a discerner of the thoughts and intents of the heart. Neither is there any creature that is not manifest in his sight: but all things are naked and opened unto the eyes of him with whom we have to do.” (Hebrews 4:12-13 KJV)

SH’ARP, a.
1. Having a very thin edge or a fine point; keen; acute; not blunt. Thus we may say, a sharp knife, or a sharp needle. A sharp edge easily severs a substance; a sharp point is easily made to penetrate,it.
2. Terminating in a point or edge; not obtuse; as, a hills terminates in a sharp peak, or a sharp ridge.
3. Forming an acute or too small angle at the ridge; as a sharp roof.
4. Acute of mind; quick to discern or distinguish; penetrating; ready at invention; witty; ingenious. 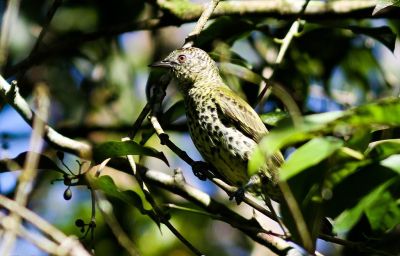 There are many “Sharp” named birds, but for this post, we will mention two of them. The Sharp-beaked Ground Finch and the Sharpbill. There will be more in a second article.

The Sharp-beaked Ground Finch (Geospiza difficilis) is a species of bird in the Tanager family Thraupidae. It is classified as a least-concern species by the International Union for Conservation of Nature and it is native to the Galápagos Islands in Ecuador. It has a mass of around 20 grams (0.71 oz) and the males have black plumage, while females have streaked brown plumage. This finch was described by Richard Bowdler Sharpe in 1888.

This relatively small, slender-billed finch is endemic to the Galápagos Islands, where it is found on Fernandina, Santiago, Pinta, Genovesa, Darwin, and Wolf Islands. On the first three islands, it breeds in the humid highlands and disperses afterwards, but on the remaining smaller and lower islands the sharp-beaked ground finch is found in the arid zone year-round. Due to habitat destruction its range has decreased. It was formerly also present in the highlands of several other islands, and it is possible it still occurs on Isabela.

The Sharpbill (Oxyruncus cristatus) is a small passerine bird in the family Tityridae. Its range is from the mountainous areas of tropical South America and southern Central America (Panama and Costa Rica).

It inhabits the canopy of wet forest and feeds on fruit and some invertebrates. It has an orange erectile crest, black-spotted yellowish underparts and scaling on the head and neck. As its name implies, it has a straight, pointed beak, which gives its common name.

Sharpbills are most commonly found in tall dense forests but occasionally venture to the forest edge. Their diet consists of primarily of fruit, but they will also take insects, hanging upside down in from twigs to obtain insect larvae.

Birds whose first or last name starts with “S”

One thought on “Avian And Attributes – Sharp Part I”