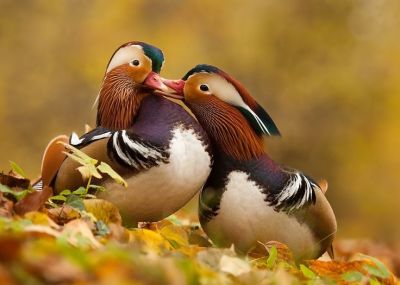 “So shall he sprinkle many nations; the kings shall shut their mouths at him: for that which had not been told them shall they see; and that which they had not heard shall they consider.”  (Isaiah 52:15) 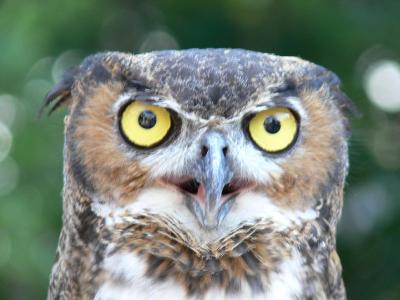 THE SILENCE OF THE OWLS

“There shall the great owl make her nest, and lay, and hatch, and gather under her shadow:” (Isaiah 34:15a)

What makes owls so good at catching prey as they fly through the night sky? Part of the credit obviously goes to their amazing eyes that are able to see with such clarity in low-light conditions. But owls also have another design feature that allows them to sneak up on their prey without being noticed. Owls, you see, were designed to fly in virtual silence.

The authors of the book Discovery of Design point out that owls have an uneven forward fringe on their wings. Unlike the sharp, well-defined edge on most birds, the uneven fringe decreases air turbulence and produces less noise. In addition, the feathers covering the owl’s wings, body and legs are velvety soft. This helps to dampen and absorb the sound of rushing air.

Airplane designers are now exploring these features to create quieter military and commercial aircraft. Thanks to the owl, engineers are looking into a retractable brush-like fringe for airplane wings and a velvety coating on the landing gear.

In the book’s introduction, the authors point out that inventors and design engineers frequently look to nature for inspiration. But as creationists, they emphasize that the designs found in nature are not the product of evolution. Rather, the designs were embedded in the material universe by supernatural acts of creation. The purpose of these designs was not only for the benefit of living things but also so they could be discovered and put to use for the welfare of mankind.

Prayer:
Heavenly Father, the creation not only inspires designs that benefit mankind, they inspire us to worship our Creator! I am filled with awe as I learn more about Your creation. Amen.

Isn’t it amazing the different items and ways of doing things that come from observing the Lord’s Creations? 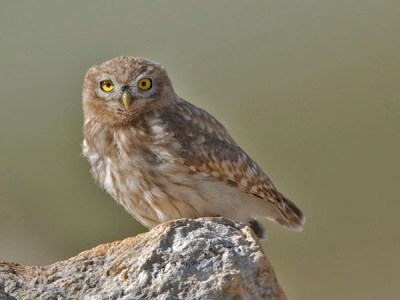 All are part of the “do not eat” list. 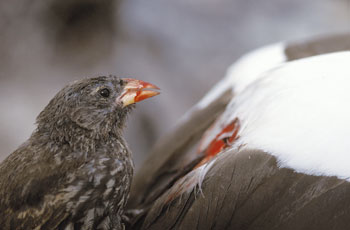 Sharp-Beaked Ground Finch – The Bloodsucker..  ~ by a j mithra

Sharp-Beaked Finch: (Geospiza nebulosa) belong to the highlands of the central and western islands. The vampire finch is endangered, being a small-island endemic. This bird is known as the Vampire Finch because it pecks the flesh of the backs of masked boobies, red footed boobies and Blue Footed Boobies to feed on their blood.

This pecking the flesh and feeding the blood at the back, reminds me of how Jesus was battered and bruised on the cross for my sins..

For the life of the flesh is in the blood: and I have given it to you upon the altar to make an atonement for your souls: for it is the blood that maketh an atonement for the soul. (Leviticus 17:11)
Neither by the blood of goats and calves, but by his own blood he entered in once into the holy place, having obtained eternal redemption [for us]. Hebrews 9:12)

The four species of ground finches are similar in coloration — adult males are black, and females streaked brown. They all have bills of the “crushing” variety, useful for feeding on seeds.

The Sharp-beaked finch (Geospiza nebulosa) of the humid highlands of the central and western islands is highly endangered, unfortunately since some ornithologists believe it may be the closest to the ancestral form of all Darwin’s finches. On Wolf Island (or Culpepper, in the northwest corner of the archipelago) this finch is called the “vampire finch,” for its habit of pecking at the skin of boobies until they draw blood, which they drink. Such a behavior may have developed from eating the parasitic insects that are found in bird plumage (as ground finches do in other islands).

The vampire finch is sexually dimorphic as typical for its genus, with the males being primarily black and the females grey with brown streaks. It has the largest and most pointed beak of all G. difficilis subspecies, and overall looks like a miniature Common Cactus-Finch rather than, as the other subspecies do, a large Small Ground-Finch with a straight bill.

It has a lilting song on Wolf, a buzzing song on Darwin, and whistling calls on both islands; only on Wolf, a drawn-out, buzzing call is also uttered. This bird is most famous for its unusual diet. The Vampire Finch occasionally feeds by drinking the blood of other birds, chiefly the Nazca and Blue-footed Boobies, pecking at their skin with their sharp beaks until blood is drawn. Curiously, the boobies do not offer much resistance against this.

Jesus knew that the only redemption for all my sin is shedding His precious blood. That is the reason He took up the cross and shed every single drop of His precious blood, rather I would say, like these boobies, Jesus let Himself be sucked of all His blood, just to redeem me from eternal death…

He not only took the cross but also did not offer resistance, but completely submitted Himself.

Jesus could have easily got away from this suffering, but He let His silence speak for me…

He was oppressed, and he was afflicted, yet he opened not his mouth: he is brought as a lamb to the slaughter, and as a sheep before her shearers is dumb, so he openeth not his mouth. (Isaiah 53:7)

I want to be like Jesus, but, do I keep my mouth shut when afflicted for no reason, I asked myself…

It has been theorized that this behavior developed from the pecking behavior that the finch used to clean parasites from the plumage of the booby. The finches also feed on eggs, stealing them just after they are laid and rolling them by pushing with their legs and using their beak as a pivot) into rocks until they break. More conventionally for birds, but still unusual among Geospiza, they also take Nectar from Galápagos prickly pear (Opuntia echios var. gigantea) flowers at least on Wolf.
Nonetheless, the mainstay of their diet is made up from seeds and invertebrates as in their congeners. The reasons for these peculiar feeding habits are the lack of freshwater on these birds’ home islands.

He let all His blood out on the cross so that I may live and dwell in Him forever and ever..

>Have a thoughtful Passover!

Please visit us at:

Vampire finches of the Galápagos