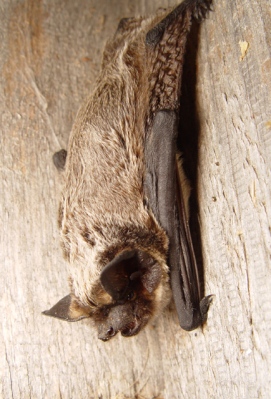 As we continue our investigation of the interesting interpretation of these three verses from Wycliffe’s Bible, we find another amazing critter. We have been looking at these verse in these recent blogs:

Normally, these verses would read something similar to this:

Notice that all three versions us the bat in verse 18, yet now we find in Wycliff’s verse 17 a rearmouse mentioned.

According to information from the internet, the rearmouse is an archaic word used for a type of bat.

The parti-coloured bat or rearmouse (Vespertilio murinus) is a species of vesper bat that lives in temperate Eurasia.

Their twittering call, similar to a bird’s call, are to be heard particularly in the autumn during the mating season. The parti-coloured bat has a body size of 4.8–6.4 centimetres (1.9–2.5 in) with a wingspan of 26–33 cm (10–13 in), and a weight of 11–24 grams (0.39–0.85 oz). Its name is derived from its fur, which has two colours. Its back (dorsal side) is red to dark-brown, with silver-white-frosted hair. The ventral side is white or grey. The ears, wings and face are black or dark brown. The wings are narrow. The ears are short, broad and roundish. The highest known age is 12 years.

The Websters 1913 addition has this about it:

The Bat has already been written about in these two articles:

What is the Gospel?