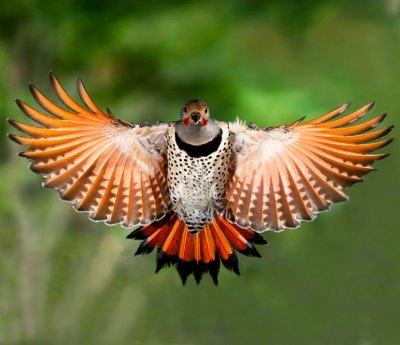 During our devotions this morning, Dan and I were reading John chapter 9. It tells about the Lord healing the blind man. Also, how the religious rulers doubted his story, and wanted to know if he had really been blind. They called the parents in, and questioned them. The temple rulers were especially upset because Jesus had healed the man on the Sabbath. Many of you know this story.

“Now as Jesus passed by, He saw a man who was blind from birth. And His disciples asked Him, saying, “Rabbi, who sinned, this man or his parents, that he was born blind?” Jesus answered, “Neither this man nor his parents sinned, but that the works of God should be revealed in him. I must work the works of Him who sent Me while it is day; the night is coming when no one can work. As long as I am in the world, I am the light of the world.” When He had said these things, He spat on the ground and made clay with the saliva; and He anointed the eyes of the blind man with the clay. And He said to him, “Go, wash in the pool of Siloam” (which is translated, Sent). So he went and washed, and came back seeing.”
(John 9:1-7 NKJV) [Bolding mine]

Here is a comment from my Chronological Life Application Study Bible (KJV, p 1350)

“John 9:6 When Jesus spit on the ground and made mud in order to repair the man’s eyes, he was working with original materials. Gen2:7 states that God formed Adams body from the dust of the Ground. Jesus was demonstrating a creator’s awareness of the materials he first used to shape the human body”

I had never made that connected in that story before, but it is another view of the fact that our Creator WAS here on earth in the person of the Lord Jesus Christ. Praise the Lord for all His creation, and especially the birds, which we enjoy so much. Along with all the other parts of His Creation. 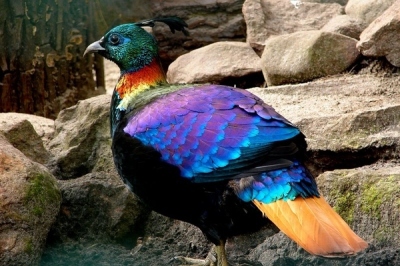 In the Artistic Birds – Galliformes Order I, you were introduced to some of the birds the Bare-faced Curassow, Crested Guineafowl, Gambel’s Quail, and the beautifully designed Golden Pheasant.

The Himalayan Monal definitely can be described by this verse, relating to the design of the tabernacle.

“He has filled them with skill to do all manner of work of the engraver and the designer and the tapestry maker, in blue, purple, and scarlet thread, and fine linen, and of the weaver—those who do every work and those who design artistic works.” (Exodus 35:35 NKJV) [emphasis added]

If you missed the introduction, we are referring to the Master Designer, the Lord Jesus Christ. 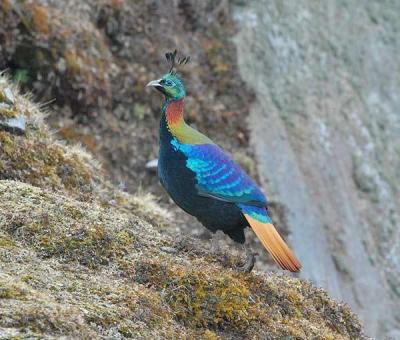 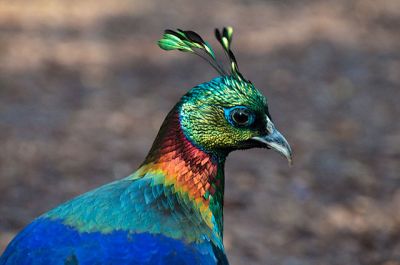 It is a relatively large-sized pheasant. The bird is about 70 centimetres long. The male weighs up to 2380 grams and the female 2150. The adult male has multi coloured plumage throughout, while the female, as in other pheasants, is more subdued in colour. Notable features in the male include a long, metallic green crest, coppery feathers on the back and neck, and a prominent white rump that is most visible when the bird is in flight. The tail feathers of the male are uniformly rufous, becoming darker towards the tips, whereas the lower tail coverts of females are white, barred with black and red. 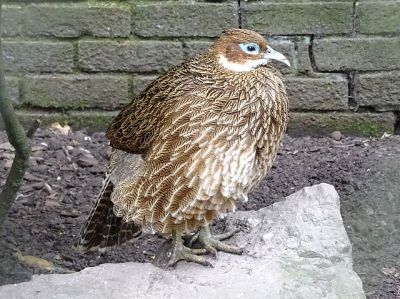 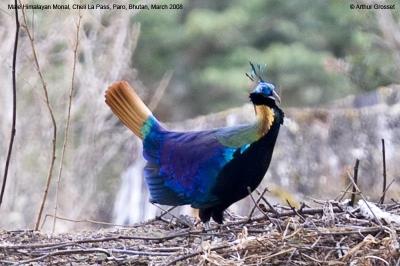 The Himalayan monal’s native range extends from Afghanistan and Pakistan through the Himalayas in India, Nepal, southern Tibet, and Bhutan.[1] In Pakistan, it is most common in the Khyber Pakhtunkhwa province and has also been recorded in Kaghan, Palas Valley, and Azad Kashmir.[3] It lives in upper temperate oak-conifer forests interspersed with open grassy slopes, cliffs and alpine meadows between 2400 and 4500 meters, where it is most common between 2700 and 3700 meters. It descends to 2,000 m (6,600 ft) in the winter. It tolerates snow and digs through it to obtain plant roots and invertebrate prey. 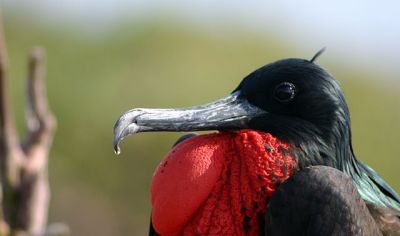 Bezalel was given much wisdom and understanding to help in the construction of the Tabernacle. He then was given the ability to train others to help. They were given abilities to help do the work also. Today, as Christians, we each are given talents and gifts to help in building the Church. Are we using those abilities?

“and He has filled him [Bezalel] with the Spirit of God, in wisdom and understanding, in knowledge and all manner of workmanship, to design artistic works, to work in gold and silver and bronze, in cutting jewels for setting, in carving wood, and to work in all manner of artistic workmanship. “And He has put in his heart the ability to teach, in him and Aholiab the son of Ahisamach, of the tribe of Dan. He has filled them with skill to do all manner of work of the engraver and the designer and the tapestry maker, in blue, purple, and scarlet thread, and fine linen, and of the weaver—those who do every work and those who design artistic works.” (Exodus 35:31-35 NKJV)

When the Lord created the birds, He especially used His Ultimate Creative Ability. As mentioned in the Introduction to this new series, Artistic Work In Birds, we will looking for those birds which seem to have been painted/designed with great markings and other characteristics.

Frigatebirds (also listed as “frigate bird”, “frigate-bird”, “frigate”, “frigate-petrel”) are a family of seabirds called Fregatidae which are found across all tropical and subtropical oceans. The five extant species are classified in a single genus, Fregata. All have predominantly black plumage, long, deeply forked tails and long hooked bills. Females have white underbellies and males have a distinctive red gular pouch, which they inflate during the breeding season to attract females. Their wings are long and pointed and can span up to 2.3 metres (7.5 ft), the largest wing area to body weight ratio of any bird. 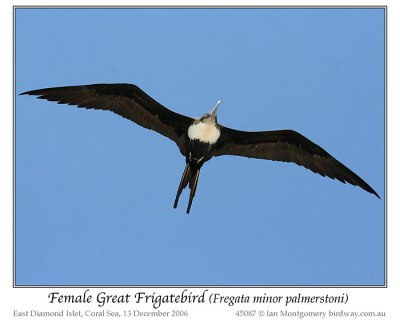 Able to soar for weeks on wind currents, frigatebirds spend most of the day in flight hunting for food, and roost on trees or cliffs at night. Their main prey are fish and squid, caught when chased to the water surface by large predators such as tuna.

Now that is design and engineering! The Great and Magnificent Frigatebirds have a distinctive red gular pouch, and it had a few paint strokes added to make it more attractive. [I guess] 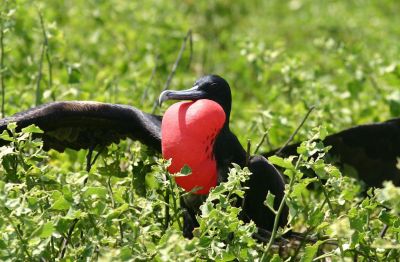 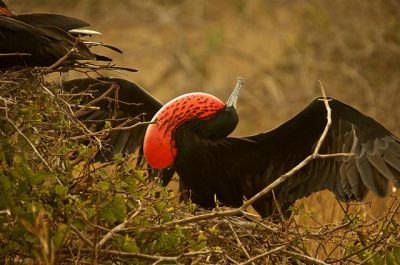 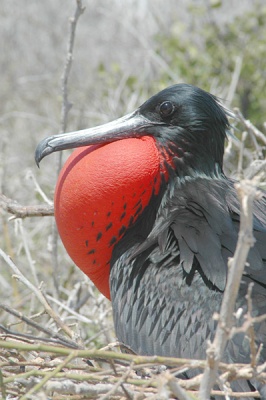 Starting off with a simple bird, also, will be working way through the birds sort of in Taxonomic order.

Wages or a Gift 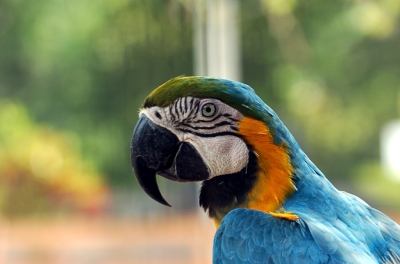 MaCaw by Dan at Gatorland

The verses are all referring to preparing the tabernacle. Many people gave supplies that were needed, but God gave those that were actually putting it together, special wisdom and gifts/talent to accomplish the different task.

“And God has put in Bezalel’s heart that he may teach, both he and Aholiab son of Ahisamach, of the tribe of Dan. He has filled them with wisdom of heart and ability to do all manner of craftsmanship, of the engraver, of the skillful workman, of the embroiderer in blue, purple, and scarlet [stuff] and in fine linen, and of the weaver, even of those who do or design any skilled work.” (Exodus 35:34-35 AMP)

As I read these passages:

the birds and their fantastic designs came to mind. How many birds that I have seen personally, or photos of that look like they were artistically designed? Many of them fascinate me. It looks like the Lord, in His Creation of these avian wonders, used a paintbrush as the colors and designs were added to the birds. I am sure a few also come to your memory also.

My first thought was of the Blue Jays that come to our yard frequently. 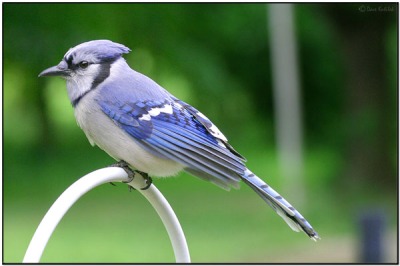 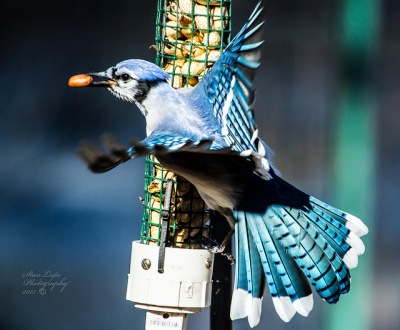 That is just a start. I would consider the Blue Jay “artistically designed. Wouldn’t You? How about that MaCaw?

Stay Tuned as a search through the Birds of the World seeks to see “Artistically” designed birds.

The Encyclopaedia Britannica describes feathers as “the component structure of the outer covering and flight surfaces of all modern birds”, and goes on to say: “Unique to birds, feathers apparently evolved from the scales of birds’ reptilian ancestors”.

Yet, Wikipedia does not believe feathers are unique to birds because they state in many articles that most, if not all, dinosaurs also had feathers, stating dogmatically: “Several non-avian dinosaurs had feathers on their limbs that would not have functioned for flight”. Even the Britannica article goes on to show a picture of a feathered dinosaur.

Perhaps it is easier for evolutionists to believe that dinosaurs evolved into birds if dinosaurs also had feathers. But this merely moves, rather than solves, the problem that evolutionists have in trying to establish how feathers evolved in the first place. Britannica and Wikipedia both suggest that feathers evolved from reptilian scales; yet, Wikipedia reminds us that feathers “are considered the most complex integumentary structures found in vertebrates”.

The barbs on feathers have to fit exactly into the barbules – which would be a remarkable coincidence for a chance random process. Moreover, scales, being simple structures, would have to divide over generations, in many various ways, to produce feathers. The minimum estimate is for eight evolutionary steps, none of which have been found in real life. The point must be understood – it is not that feathers are too complicated to evolve, but rather that the complexity of alleged intermediate forms is impossible to replicate without design.

Prayer: Thank You for the marvelous design we see in structures such as feathers. It is as if they bear Your signature, Lord, and point towards Your creativity of design. Amen. 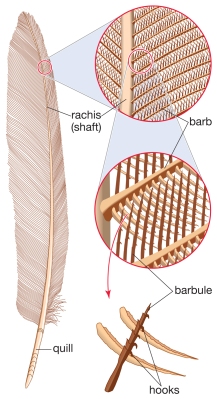 Feathers really are a work of art from The Creator! 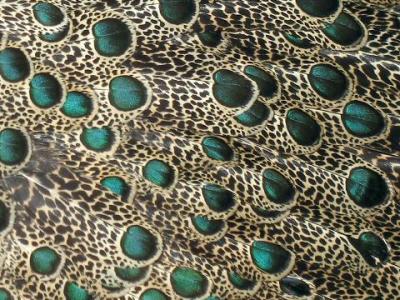 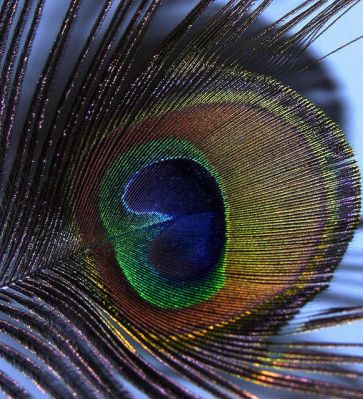 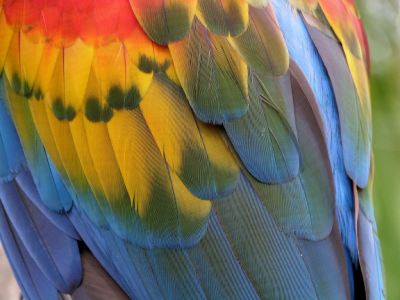 “Gavest thou the goodly wings unto the peacocks? or wings and feathers unto the ostrich?” (Job 39:13 KJV)

“He shall cover thee with his feathers, and under his wings shalt thou trust: his truth shall be thy shield and buckler.” (Psalms 91:4 KJV) 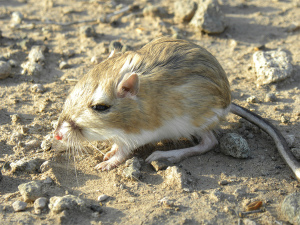 An interesting article by Dr. Jim, JJSJ. I am reposting it here. The Lord’s amazing Providential Design is beyond our human comprehension of His Love and Care for all critters.

Behold, the hindermost of the nations shall be a wilderness, a dry land, and a desert. (Jeremiah 50:12b) 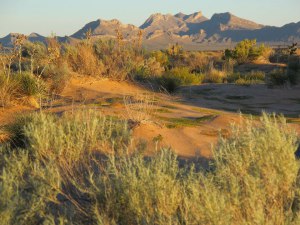 Kangaroo rats thrive in America’s hot, dry deserts — why don’t they suffer from being dehydrated?  How do they get enough water to survive, since they don’t need to drink water like almost all other mammals?   In short, God has designed and constructed kangaroo rats so that they get their water from their food, especially drought-resistant seeds that abound in the desert.  As they digest such xeric foods, the rats produce (within themselves) all the water that they need, metabolically (i.e., from the normal digestion process), and they retain most of that water by releasing very little of it in their urine (as noted below).

In sum, kangaroo rats are made to get their water form their food and to conserve it…